Who will stop the perennial champion? 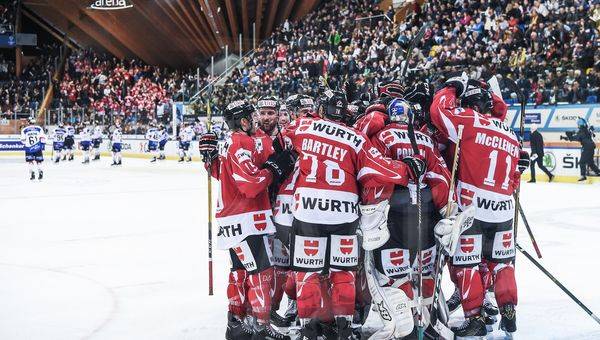 Spengler Cup record title holder Team Canada is as of 2019 also the record world champion. It is worthwhile to refresh the dimensions and facts of these major dominators.

The old adage goes: Football is when Germany wins. That may not be quite up to date, but translated to hockey, it would go as such: ice hockey is when Canada wins. That is how it was again in 2021 at the world championships in Riga, where the Canadians emerged victorious after an impressive turnaround, despite most star players declining their invitations leaving them with a very young squad. And despite high-level competition from the KHL. And the circumstance that the tightly packed international calendar complicates player recruitment, for example goaltenders.
But the never-ending source of high-class players appears to be inexhaustible - and for good reason. The motherland of hockey counts more than 500,000 licensed players, an enormous volume. In comparison: there are 5 times less in Russia. And in Switzerland just under 28,000. That provides management an unmatched selection - and not only in the case of players. All kind of prominent names, even amongst the staff members, make their way to the Spengler Cup. In 2018 it was GM Ron Francis, who now manages the youngest NHL franchise in the Seattle Kraken. 2019 Sean Burke, a former world class goaltender, was the acting athletic director. The assistant coach was Paul Coffey, one of the best defensemen in NHL history. Head coach Craig MacTavish used the opening to little later become coach of Lausanne HC.

Without question, in 2022, too, there will be big names coming to Davos - the allure of the Spengler Cup still remains in Canada, the national sports channel TSN broadcasting all the games live. For many Canadians who continued their careers in Europe it is a unique opportunity to present themselves to a broader audience. Which also explains why Team Canada never lacks motivation, And why established players such as the brilliant two-way defenseman Maxime Noreau of the ZSC Lions answer the call year after year. For the competition it will be a huge challenge to stop the favourites.