Zero, one or three points?

The tournament is conducted in accordance with the regulations of the International Ice Hockey Federation (IIHF). 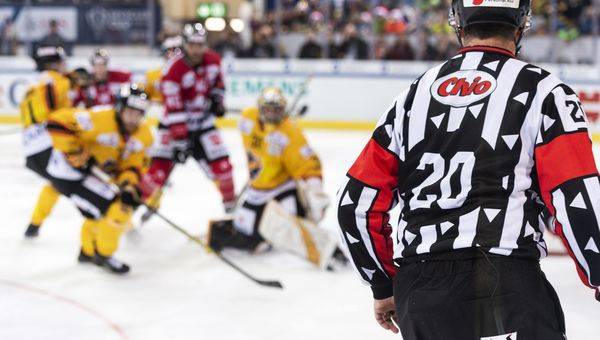 Ranking in case of equal number of points

In case two or more teams have the same number of points, the following criteria will apply in the order stated:

If a game is tied after 60 minutes, overtime of five minutes will be played immediately after a break of three minutes. Both teams are to defend the same goal as they defended during the third period. Assuming no ongoing penalties after 60 minutes, both teams go new into overtime with four players including the goalkeeper. The game ends after five minutes or as soon as a goal is scored (sudden death). The first team to score wins the game. If no goal is scored during overtime, there will be game winning shots. Should a team refuse to play overtime, the game will be declared lost by that team.

The referee will call the two captains to the centre of the ice and flip a coin to determine which team takes the first shot. The winner of the coin toss may choose whether his team will shoot first or second. The goalkeepers shall defend the same goal as in overtime. The goalkeepers may be substituted after each shot. The shots will be taken in accordance with rule 509 of the IIHF Official Rule Book. The players of both teams will take the shots alternately until a decisive goal is scored. The remaining shots will not be taken.

If the result is still tied after 5 shots by each team, the procedure shall continue with a tie- break by one player for each team. Either the same or new players can be appointed to take the shots. It is also possible for the same player to always take the shots. The tie-break shots are started by the team that shot second in the shootout. The game ends as soon as a duel of two players brings the decisive result.

The official scorekeeper will record all shots by indicating the players, goalkeepers and goals scored. Only the decisive goal will count in the result of the game. It shall be credited to the scoring player. If a team declines to participate in shootout the game will be declared lost for that team. If a player declines to take a shot, it will be declared as “no score” for his team.

In such a high-speed sport, the option of video reviews is widely accepted amongst the players. Coaches have a “coach’s challenge”. This challenge leads to a video review and is limited to the following two scenarios:

The path to the final leads over "Cattini" and "Torriani"

Since 2010, the Spengler Cup is played among six teams using a new format. The game dates are set, however, the fixtures are known only for the first day of the six-day tournament.
Game Schedule - Spengler Cup Davos 2022
Image 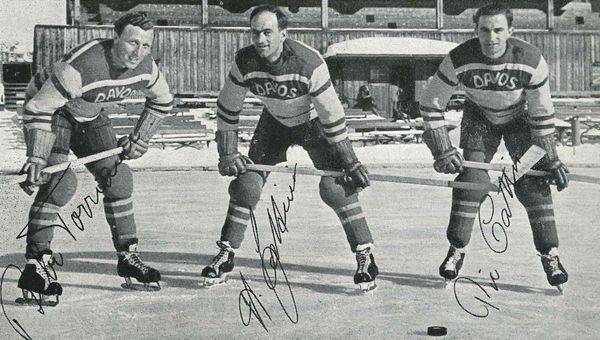 The teams are split into two groups for the preliminary round.

Group “Torriani” plays the afternoon games, while group “Cattini” contends in the evening. The opening game will take place on Boxing Day, December 26th, at 3pm.

As of December 29th the qualification for the semifinals begins. The two best-placed teams of the preliminary round receive a bye, while the other four teams compete in a pre-semifinals match-up for the last two spots in the semifinals. The second-placed team in group “Torriani” will face the third-placed team in group “Cattini”, and vice-versa. The winners of these match-ups will move on to next round, where they will face the first-placed teams of each group. The winners will then face-off on December 31st at 12pm to determine the winner of the Spengler Cup.

The group names are "Torriani" and "Cattini", after the famous "Ni-Sturm" of the 30s and 40s. Richard "Bibi" Torriani, Hans "Joe" Cattini and Ferdinand "Pic" Cattini, who appeared together from 1933, revolutionized Swiss ice hockey at that time. For a decade and a half, they formed the top line of HC Davos and the Swiss national team. Journalists and statisticians soon spared themselves the task of listing the names. In the line-up of HC Davos at that time, instead of the names, it simply said "Ni-Sturm". Torriani - for decades the most popular Swiss sportsman - was the head of the line. It was also he who was allowed to say the oath at the second Olympic Games in St.Moritz in 1948. Later, the Swiss team won the bronze medal. With the "Ni-Sturm", the HCD won "its tournament" six times between 1933 and 1943. That the HCD at that time was also practically without opponents in the championship is obvious.