Flying High with the Spengler Cup

At 2,620 meters above sea level Spengler Cup Davos presented the protagonists of the 93r Tournament

At 2,620 meters above sea level on the “Schneehühnerstock” mountain above Andermatt and under beautiful weather conditions, Spengler Cup Davos presented the protagonists of the 93rd Spengler Cup. With prominent guests such as ski legend Bernhard Russi, KHL Vice President Georgie Kobylanski and Filippo Lombardi, President of HC Ambri-Piotta.

During the week of the New Year Ambri-Piotta, Salavat Yulaev Ufa, TPS Turku, HC Ocelari Trinec, Team Canada and Hockey Club Davos will fight for the victory of the 93rd Davos Spengler Cup.

Bernhard Russi, Ambassador of the Andermatt Swiss Alps, and Filippo Lombardi, President of the Ambri Piotta Hockey Club, greeted the media conference participants in perfect weather and a dreamlike setting. Although it is always an immense challenge for Spengler Cup Sport Manager Fredi Pargätzi to engage dynamic teams, an excellent field of participants can once again be presented this year. The anticipation is great for all the teams: "The difference in level between the teams is minimal and the players' substance high. The difference will be attitude." Spengler Cup President Marc Gianola is delighted that this year different ice hockey philosophies will again meet, in accordance with the ideas of founder Carl Spengler.

The Spengler Cup is becoming increasingly popular in Russia. This is shown by the fact that the public sports channel - Match TV - will broadcast the Spengler Cup games for the first time. Georgie Kobylanski, Vice President of KHL, also emphasized: "It is a great opportunity for us to compete with international teams. Salavat Yulaev Ufa will compete with the goal of winning the tournament". It would be the first Russian victory since the triumph of the SKA St. Petersburg Team in 2010. A good omen for the Russians will be that a KHL championship game will be played at the Davos ice stadium, just as it was then: On December 23rd at 7:30 pm Salavat Yulaev Ufa and Ak Bars Kazin will meet in a KHL Derby.

Ambri-Piotta is particularly motivated prior to their premiere appearance. Nicola Mona, CEO, spoke of the positive aspects at various levels. Ambri-Piotta will run the Casa Bianca Blue restaurant in the Davos ice stadium, bringing hockey fans closer to the Leventina region not only from a sports point of view, but also from a culinary aspect. He also considers the Spengler Cup to not only be very important for the development of the team and also socially. The Ticino team will travel to Davos with their families. "The Spengler Cup is a great challenge for us. But from a historical point of view, we are used to meeting such challenges. Everyone in our organization is prepared to go the extra mile," says Mona. This was underlined by Paolo Duca, Head of Sports - himself a two-time Spengler Cup participant for Hockey Club Davos: "The Spengler Cup is sports culture. There is no need to motivate the players." The player interviews confirm that this is the case. The eyes of Czech World Champion Jiri Novotny shine brightly when he talks about the upcoming Spengler Cup premiere: "We're all excited". The currently injured Swedish HC Davos player Magnus Nygren, who comes from Karlstadt and has been a Spengler Cup participant with Färjestad BK in past years, hopes to be fit again three to four weeks before the Spengler Cup and to show his best hockey at his 3rd Spengler Cup participation with Davos.

Andy Hüppi, massage therapist and good soul of Team Canada for the past 17 years, gave some insight to the audience favorite: "Everybody, whether player or staff, wants to be part of the Spengler Cup.” In the end, many small parts have to fit together to form a winning team: "Nevertheless, it is clear that Team Canada wants to achieve another victory and take the lead ahead of Davos in the eternal list of Spengler Cup winners.”

Host Davos will also play for the Cup. Raeto Raffainer, Head of Sports, will rely on just a few pick-up players and - above all - on his own players: "We have a broad squad to fall back on and want to provide our players with this opportunity. To be able to participate at the Spengler Cup are moments to cherish."

The 4th yearbook of the Davos Spengler Cup takes a look-back at the 1950’s. Markus Egen, now 92 years-old - who won the Spengler Cup in 1952 with EV Füssen - and Philippe Lacarrière (81), who triumphed in 1959 and 1960 with ACBB Paris, remember this time with pleasure. The decade produced a total of six different winners and it ended the time of the sweepers. The hard-working helpers were replaced by an ice machine. The cover of the 2019 Yearbook is dedicated to them. 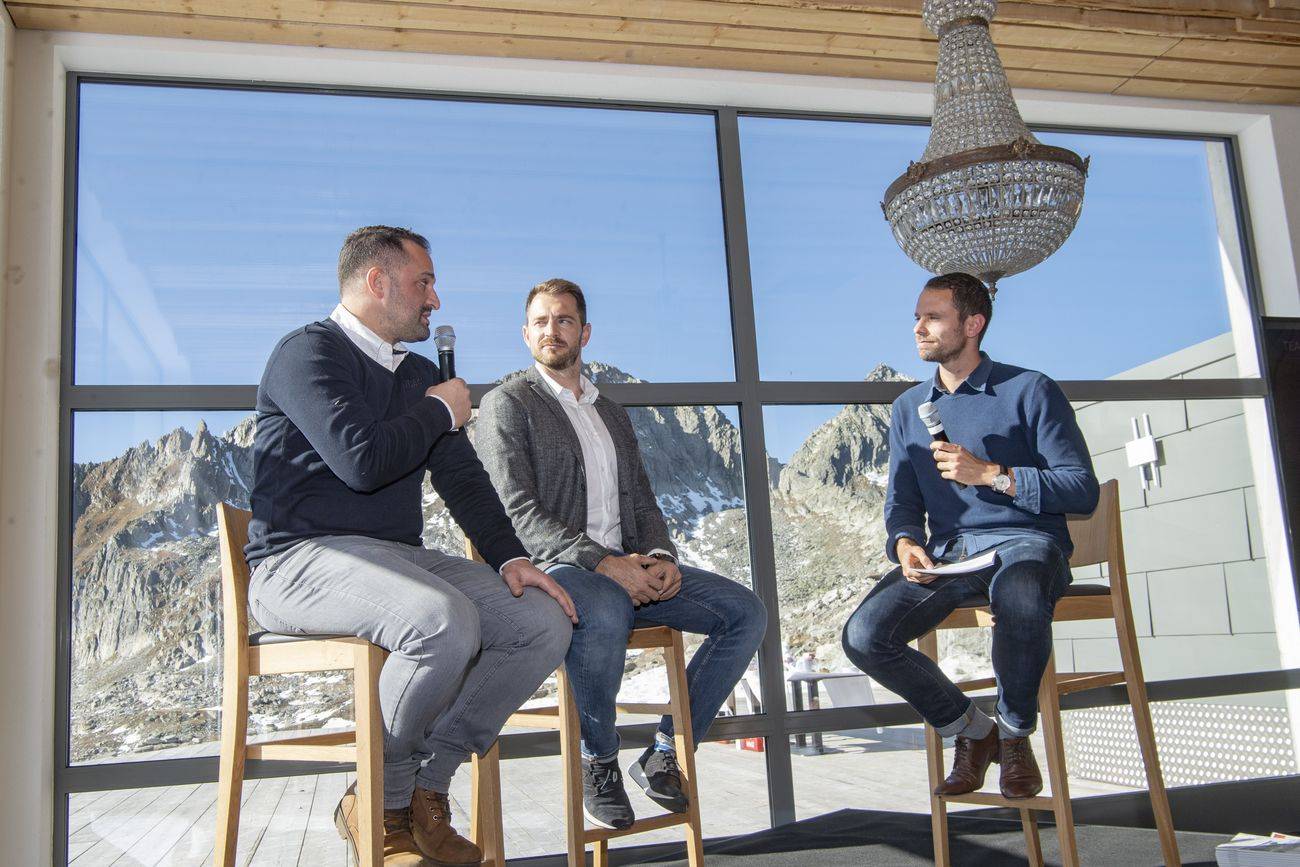