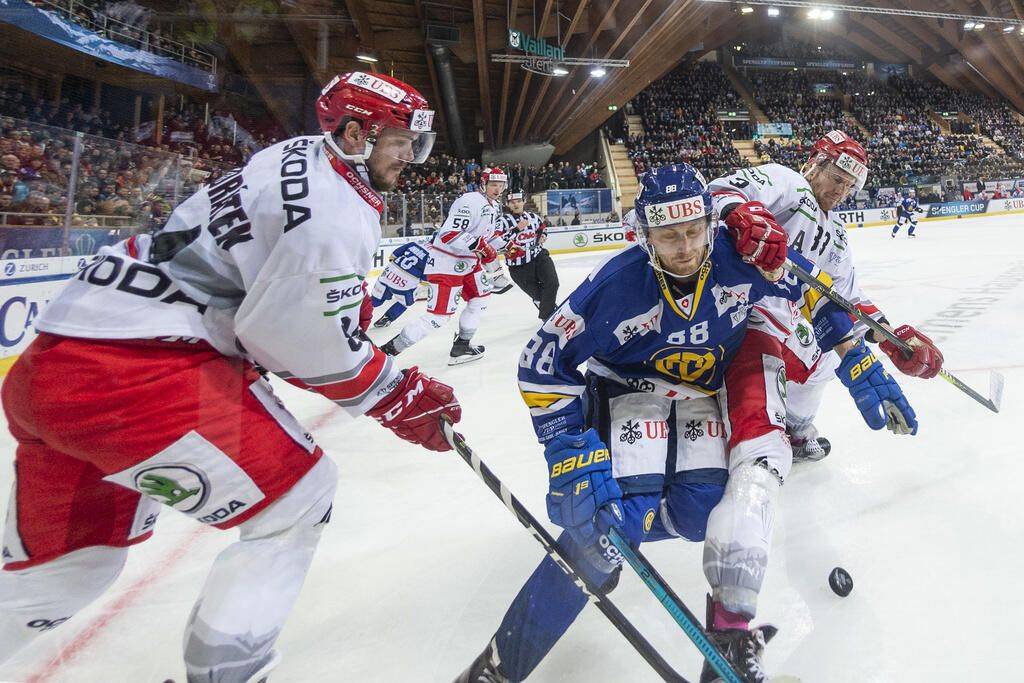 The traditional Finnish club, Turun Palloseura Turku TPS, has accepted the invitation to participate at the 93rd Spengler Cup in Davos and herewith completes the spectacular team roster for 2019. To open the historic tournament in the afternoon game, HC Ambri-Piotta is matched against the Russian top team Salavat Yulaev Ufa. On the first evening, the Czech Champion Ocelari Trinec faces Team Canada in a game that is sure to be a blockbuster.

The Organizational Committee is pleased with the Czech Champion Ocelari Trinec’s participation. In a suspenseful season, the team won their National Championship Title for the second time since 2011. It will be the team from the border city to Poland’s second time at the Spengler Cup since 2018 and they have high hopes of a victory. It would be the first by a Czech team since the victory of ASD Dukla Jihlava in 1982. Together with Ocelari Trinec, Team Canada and Hockey Club Davos make up the Cattini Group. A candidate with big aspirations to win the tournament is Team Canada – who have won the Cup 4 times over the last 10 years and have made it to the finals twice in that time. With a further tournament victory, the “Team with Heart” would make history with 16 wins, moving ahead of the host team Hockey Club Davos. Following a restructuring under the new leadership of Christian Wohlwend (Head Coach) and the Sports Director Raeto Raffainer, HCD has big hopes of achieving a high ranking.

The Russian top team Salavat Yulaev Ufa from the Kontinental Hockey League (KHL) heads up the Torriani Group. It is the 4th time the ice hockey club from the Russian city of Ufa will participate following 2007, 2012 and 2014. In that time, they lost twice in the final – 2014 against Genève-Servette HC and 2007 against Team Canada. In the previous KHL season, Salavat Yulaev Ufa lost in the semi-finals against Avangard Omsk. In their first Spengler Cup game they will face HC Ambri-Piotta. The Swiss team positively surprised everyone by reaching the play-off quarterfinals in their previous season. Ambri-Piotta is like the Hockey Club Davos team of southern Switzerland. The fans travel from all over Switzerland, even from other countries. There are 17 Ambri-Piotta fan clubs spread across the nation as well as 3 in Italy. The organizers are especially looking forward to the fans and the Spengler Cup premiere of this cult club.

The third team in the Torriani Group is TPS from Finland. This historic club has accepted the invitation to participate at the Spengler Cup. The club was founded in 1922, one year before the first Spengler Cup was held – making it the oldest club tournament in the world. At that time, only soccer was played in the club (Turun Palloseura means Turkuer ball association in Finnish), ice hockey was added in 1929. The 10-time National Champion – last victory in the 2009/2010 season – ended their previous “Liiga” season in 4th place.

“The illustrious participating teams make this year’s Spengler Cup even more attractive than last year and will excite with suspenseful games”, excitedly states the Spengler Cup Sports Director, Fredi Pargätzi of the 93rd Spengler Cup. The Cup will take place from December 26 – 31, 2019 in Davos.

Starting immediately, standing-room tickets for the 2019 Spengler Cup can be bought. At no extra charge when using the Spengler Cup-Ticketportal bei TICKETMASTER

All information regarding the Spengler Cup and ticketing can be found on this website or https://www.facebook.com/spenglercupdavos.

Seating tickets can be bought in the second wave of tickets sales in October 2019.